A work in progress

The September issue of our Newsletter is a work in progress because there is more material coming during the month. Very soon there will be a report on the 800th Meeting on September 7. So far this month we welcome one new member, but we are confident of more who will grace this issue. So come back to us regularly. Better still – write your own story and send it to me, your Editor David Nicholas.

Victoria Quay does it again! 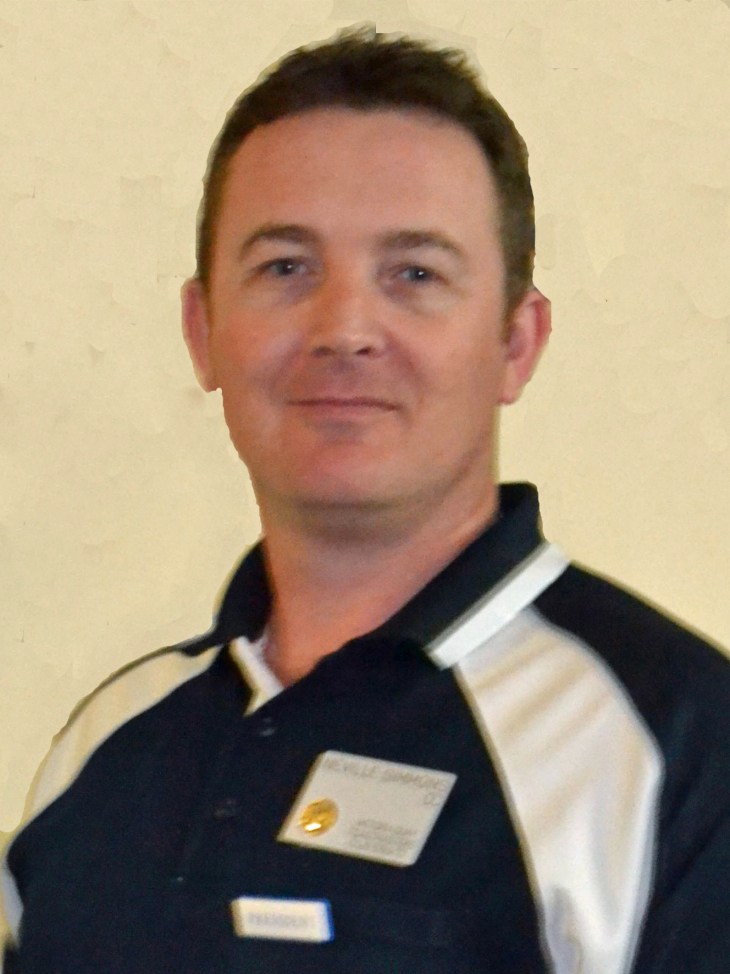 Last Wednesday I had the absolute honor of attending and acting as the toastmaster at a special evening celebrating the clubs 800th meeting.

As the clubs president I take this opportunity to thank all of our visiting district, division and area dignitaries. We also enjoyed the company of many visitors, friends and members both past and present. I thank you all for your attendance and role in making the evening such a great success.

I also congratulate all of the members who participated on in the agenda with formal roles and the table topic participants. There was a real sense of occasion and I believe the energy in the room was reflected by so many stand out performances from new and experienced toastmasters alike. It was fantastic to watch you all step up and deliver some very memorable speeches. Well done – you should all be very proud.

The main highlight for me was that once again Victoria Quay Toastmasters has proved itself as a model club.

Keep it up and I look forward to seeing you at the 900th. In the meantime, see some photos from the meeting. They were taken by Christine’s partner, Rod.

Image Gallery for our 800th Meeting 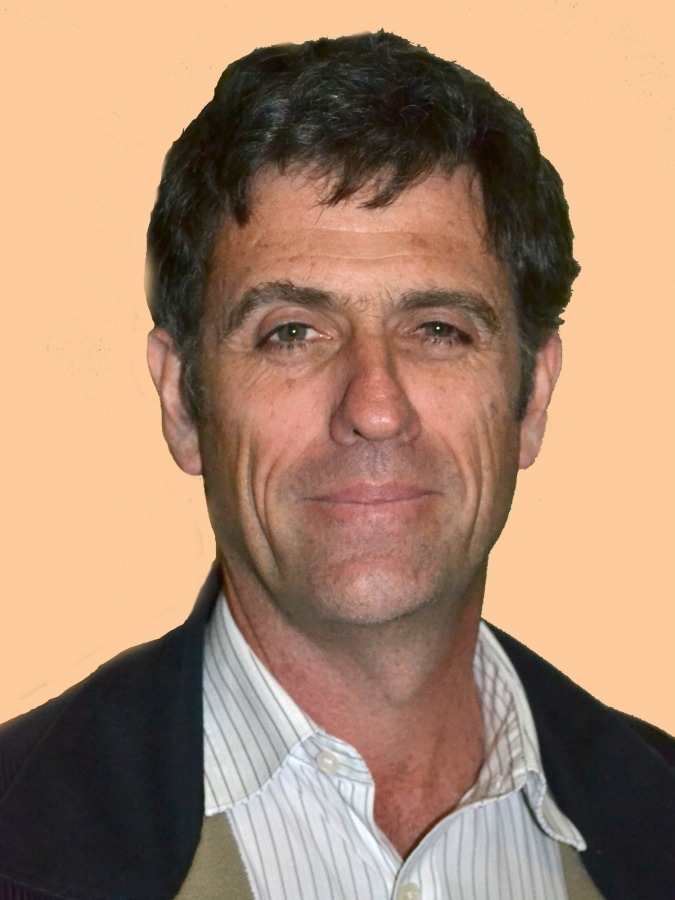 Ian joined Victoria Quay in September, 1997.  He attended the club regularly until July, 2004 when he had to resign when he moved to Canberra as part of the team pursuing Carbon Capture.  Eventually he returned to Perth with his family and settled back in Mosman Park.  He visited the club on August 24, returned the next week and filled in his application form at the 800th Meeeting on September 7.  Welcome back Ian.

During his first membership term Ian was an active member.  He held several Officer roles and completed his ATMS award – the Advanced Toastmaster Silver which has now been renamed the ACB – the Advanced Communicator Silver.  Many of his speeches dealt with his experiences as a engineer with Woodside.

A year on since joining Toastmasters 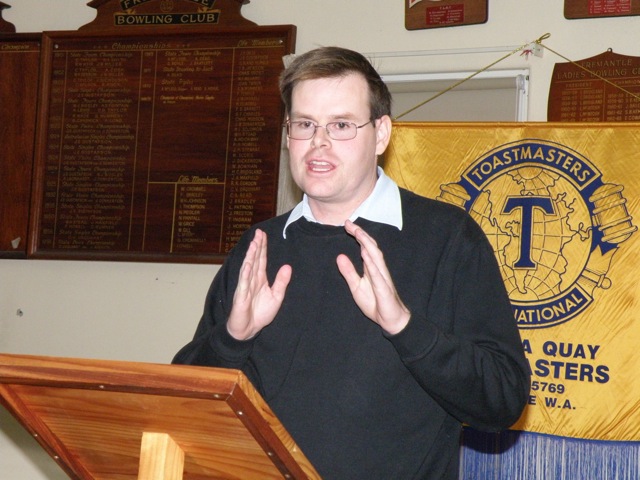 A year ago I faced several difficult problems that seemed to relate to my inability to communicate well with people. In my performance reviews my communication skills were rated ‘poor.’ During my time at Murdoch’s Law School, I seemed to make few real lasting friendships, and didn’t talk much to other people. In job interviews, I seemed to find it impossible to communicate to prospective employers my positive qualities and experience.

After speaking to my career counsellor at Murdoch, she recommended I have a visit to Gateway Toastmasters in Fremantle. I also did some research on the Toastmasters website and enrolled in a Speechcraft course.

The Speechcraft course was quite expensive but it was a key turning point for me personally. At first it was incredibly difficult for me to get up in front of an audience to deliver a speech. Fortunately I was helped by quite a few experienced Toastmasters including John Palmer, Robyn Richards, and David Clarke.

After finishing Speechcraft I joined Fremantle Gateway and Victoria Quay. Thanks to some excellent support and mentoring from experienced Toastmasters in both clubs, and despite some interruptions, I achieved my goal of finishing my CC manual. I also learned that I am very good at giving evaluations, and I hope to develop this skill further in the future.

Going to Toastmasters made me a much better leader and communicator and has also improved my self-confidence beyond measure. I am now working towards my Advanced Communicator awards and hope to become a DTM in the next couple of years. Toastmasters has greatly improved my life and helped open doors I thought would not even have been possible to open a year ago.

Live every day fully before it is too late 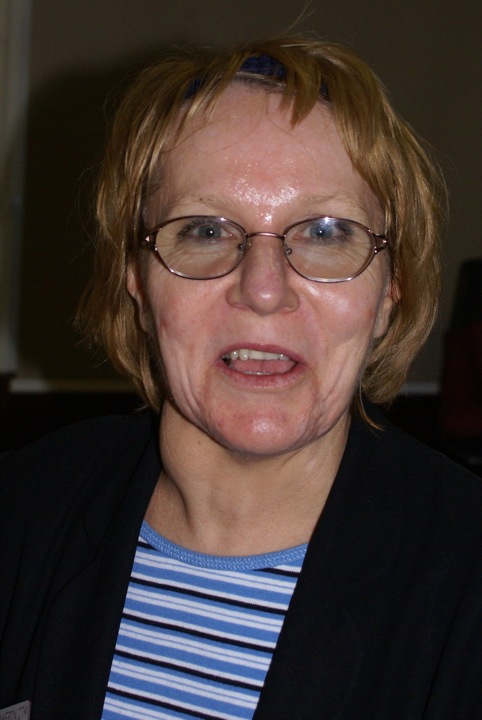 It was a sad day on 24 August this year when my only sibling died unexpectedly of a heart attack.  He was only 62.  His name was Agu, an Estonian name, as our parents were Estonian.

Agu had a bigger impact on my life than he probably ever realised.  Growing up, I looked up to him.  He was the handsome one; he was the popular one; he was the intelligent one.  At school teachers said to me “if only you had the intelligence of your brother, you’d do all right”.  He also had the ‘gift of the gab’.  This is one reason why (after many years of procrastinating), I joined Toastmasters.

Was I envious of his abilities?  No – he inspired me.  I simply aspired to be like my brother. But he was also mischievous and somewhat outrageous.

I remember how he used to experiment with chemistry and make his own fireworks.  On at least one occasion he almost blew himself up. I remember the time as young girl when we were living in Canberra.  I had never been to Sydney and Agu said “Let’s go to Sydney for the day.  We’ll hitchhike”.  We never told our parents of course – they would have locked us up.  But we went, survived and had a wonderful day. I remember the time when Agu made me a pot of bright orange glue which I took to school and put under the desk.  I didn’t expect it to expand.  I didn’t expect to see a river of bright orange goo flow down the desk, onto the floor and make its way towards the teacher.  But I survived that experience as well.

As Agu grew older he became less outrageous and developed into a loyal, committed husband and father. Although I live in Perth and Agu lived in Queensland, he was always just a phone call away.  I would call him if I wanted advice about photography, cameras or computers; but apart from that, I felt supported just knowing he was there.

The funeral was difficult but because of my training at Toastmasters, I talked about the things I have mentioned here.  One hundred and twenty people attended.  My brother was loved by many.  He had worked voluntarily at his church as a sexual abuse contact officer.  He was an accredited photographic judge who had also started a photographic club at work.

The death of my brother means that there are phone calls I will not make and journeys that I will not take.  There is an empty space in that part of the world. However I have decided that there is a way to make sense of this – to LIVE the qualities of my brother: gentle, supportive, knowledgeable and kind.  He gave everyone around him a feeling of peace and if we can pass that on then Agu will live on.

Finally, it has reinforced what we all know (yet sometimes need to be reminded of) – live every day as fully as possible and do the things that are important, before it is too late. 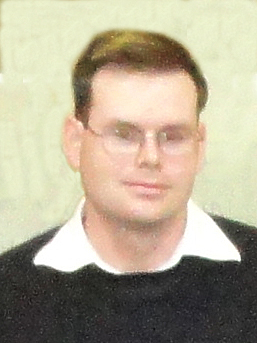 If you look at the structure of the DTM award, it is designed to give Toastmasters members excellent communications and leadership skills by completing a substantial number of speeches in different areas, as well as leadership projects at different levels. These are complemented by the requirements of giving ‘educational’ speeches to other members on topics focusing on club-building, leadership, and speech construction.

Members are encouraged to focus on the Competent Communicator and Competent Leader awards, but I believe we don’t do enough to market the benefits of the DTM program, which in my view is really the heart of Toastmasters.

It is clear that in today’s business environment, employers, individuals and companies want flexible, innovative and creative employees with a ‘global’ suite of skills and excellent leadership and communications skills. I believe if we focused more on addressing these needs, Toastmasters may have more impact on the wider community.

During September, five members of Victoria Quay; namely Andrew Bond, Christine Bonser, Mark Richards, Denis Sullivan and myself attended a workshop on Evaluation and Table Topics conducted by the champion speaker from Adelaide, Darren Fleming. I am amazed what wonderful training Toastmasters offers for such a low price – a mere $10 to attend a quality workshop for a few hours.

For me, the most beneficial part of the workshop was the session about evaluation. Being a good evaluator is not only useful when you are actually evaluating; it helps you analyse your own speeches and work out how to improve them as well. Darren has a formula when evaluating. He starts by naming the speaker and the topic, even if they have been previously mentioned, so that there can be no confusion. Then he mentions the objective or objectives of the speech. If there are no stated objectives, he decides what he believes the objective is and talks with that in mind.

The most important part is the analysis. The speaker needs to know what they did well, why it was done well and because it was done well, what impact it had on the audience. I previously tried to do this for recommendations only, never considering that it may be useful in helping the speaker also to become aware of what works well and why it works.

I have tried to experiment with these things in my valuations yet it is taking some time to break old habits. I did notice after the workshop that Denis’s last evaluation was much more effective than any of his previous ones; therefore the workshop has been successful.

For the Table Topics aspect of the workshop Darren outlined how to draft an effective speech, be it for table topics or any other speech. Darren talked about many other things, yet these are the ones which stood out most for me. He challenged us not to believe everything he says, but to say what we think. He challenged us to research and try out new ideas, rather than simply relying on attending Toastmasters meetings regularly. He challenged us by stating that evaluations at the club level should be for the full three minutes as they are in competitions, to enable people to practise as effectively as possible.